On November 4, 2015, Callahan Hall at the Lewiston Public Library was filled with questions, answers, applause, and lots of community pride. The Lewiston Youth Advisory Council (LYAC) hosted "Lewiston Jeopardy Night" after doing research and preparing questions for a Lewiston version of the well-known nationally televised Jeopardy game. LYAC Chair Eric Hall served as MC, and local residents' competitive spirit came through loud and clear! Two rounds of Jeopardy were played, "Back in the Day" and "Here and Now."

The event was part of the youth council's ongoing positive image campaign for Lewiston, DO YOU DO LEW. The DO YOU campaign encourages individuals to be themselves and to enjoy the diverse offerings within Lewiston. A slideshow was also shown, highlighting the beauty of Lewiston; pics were from LYAC, staff, and community members. 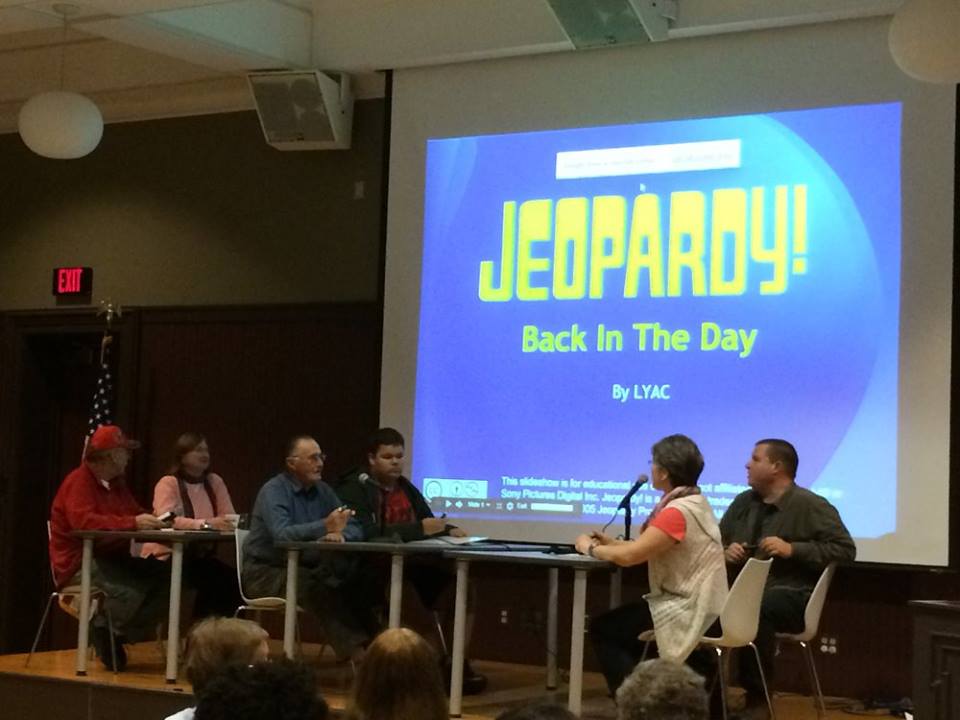